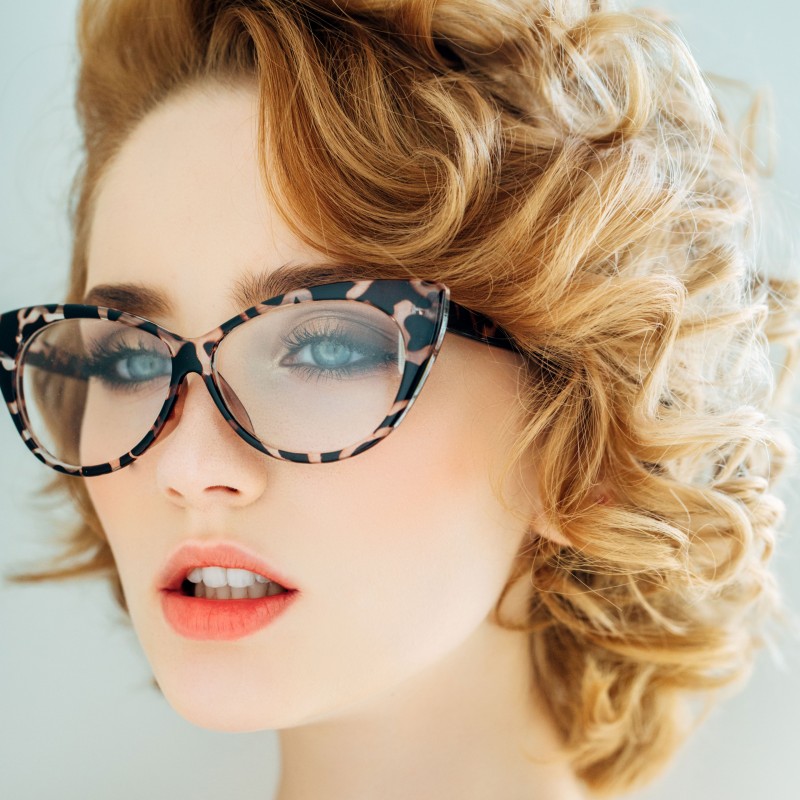 Glasses that beat the blues – the latest high-tech specs can treat dizziness and deafness, and even combat depression.

Gone are the days when specs were just for seeing with. Researchers are now working on high-tech glasses that can help people hear better, sleep better, and even feel happier.

“It’s only recently that researchers have started to realize that there may be more to wearing glasses that simply having better eyesight,” says Dr Frank Eperjesi, head of optometry at Aston University, in Birmingham.

Recent research suggests that altering the type of light that enters the eye can have knock-on effects in the body.

A better understanding of our visual system and how it relates to other parts of the body – in particular the brain – coupled with the development of lightweight materials has led to a range of smart specs that can be used to help detect and treat a range of health problems.

Here we reveal the healthy specs that may soon be adorning your face.

These glasses contain a row of four tiny microphones on each arm, which pick up the sound from the direction in which the wearer is looking, while reducing the surrounding noise.

The developer says they make speech more understandable, and allow the hard of hearing to distinguish speech from other noises in a crowded room.

The sounds from the microphones are relayed to each ear by two tiny flexible tubes (the glasses are worn instead of a hearing aid).

The technique of using directional microphones is already used in hearing aids to try and achieve the same thing. Putting them in glasses is clever, however, as it fits with the whole concept of looking in the direction you want to hear.

These glasses, which look like a cross between a pair of glasses and a sun visor, contain eight small lights that bathe the eyes in white light.

Light therapy is used for a number of conditions, such as seasonal affective disorder and depression, as it is thought that white light boosts the production of feelgood chemicals in the brain.

Researchers at the University of Liege in Belgium tested the glasses on 32 people. The results showed seasonal depressive symptoms decreased after use, and energy levels increased.

Although these glasses look odd, the results suggest that they need to be used for only 25 minutes a day in order to gain the full therapeutic effect.

Dubbed the ‘vampire glasses’, these tinted glasses enhance the colour of blood beneath the skin, making it more visible, and are designed to be worn by doctors. They come with purple, green or pink lenses.

Purple lenses enhance the purple veins under the skin, and help establish how much oxygen is in the blood, while green glasses detect the amount of blood under the skin.

They are already being used at a number of centres in the US – in one case a car accident victim complained of chest pain, but doctors could find no bruising until they put on the green glasses. This revealed the bruised impression of the seat belt on her chest.

The US manufacturer says the pink specs detect subtle changes in the skin associated with emotion. They say angry people’s skin shows up as slightly redder, and anxious people appear greener.

Emotion identification could be useful in security, they say, and might also have applications in the study of autism.

The science behind these lenses indicates a use for medical emergencies and parts of the world with poorly developed health care systems.

Working at night has been associated with an increased risk of a number of health problems, including cancer, heart disease, depression and weight gain.

Research has linked this to low levels of melatonin, a hormone that plays a key part in regulating the body clock.

To help counteract this, researchers at the University of Toronto developed glasses that block specific wavelengths of light that have been linked to reducing melatonin production.

Early studies suggest that the shift workers who wore the glasses (which look like normal spectacles with clear lenses) had near normal production of melatonin during the night, and that their job performance and alertness were not affected.