Are your phone and tablet wrecking your eyes and vision? 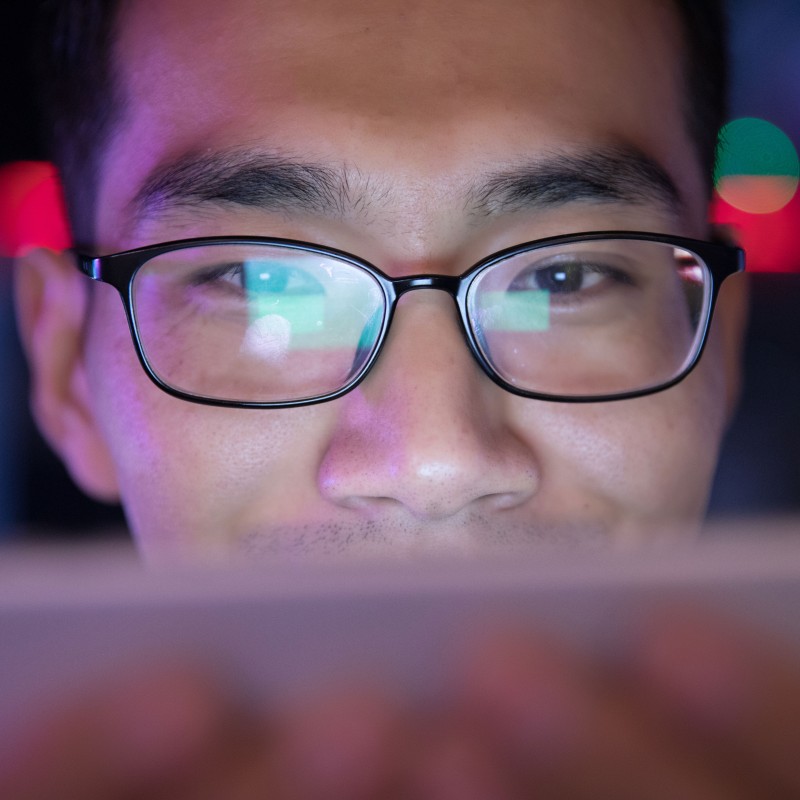 Are your phone and tablet wrecking your eyes and vision?

Research suggests that when a phone or a tablet is held close to one’s face, it forces the eye to work harder than usual.

Rates of short-sightedness among young people have soared because of smartphones, a leading London laser eye surgeon has claimed.

The rise and rise of short-sightedness

There has been a 35 per cent increase in the number of people with advancing myopia (short-sightedness) since the launch of smartphones in 1997. It is believed the problem could increase by 50 per cent in the next ten years.

Half of Britons own smartphones and they spend an average of two hours a day using them. This, along with time spent using computers and watching television, is putting children and young people at risk of permanently damaging their sight.

New research found that the average smartphone user holds the handset 30cm from their face – with some people holding it just 18cm away – compared to newspapers and books, which are held 40cm away from the eyes.

Excessive screen watching at close proximity keeps the genes that control myopia activated well beyond the age that short-sighted would historically have stabilised – about 21.
Data suggests that myopia used to stop developing in people’s early 20s but now it is now seen progressing throughout the 20s, 30s, and even 40s.

The prediction is that if things continue as they are, 40 to 50 per cent of 30-year-olds could have myopia by 2033 as a result of smartphones and lifestyles in front of screens – an epidemic we call screen short-sightedness.

Why you should get off your phone to protect your eyes

People need to ensure they limit screen time wherever possible even by going outside without their phone for a period of time each day (getting out into the sunshine has been shown to reduce the progression of short-sightedness), and also seriously consider the age at which they give their children a smartphone.

Today’s children are most at risk of myopia – with children as young as seven being given smartphones. It is predicted that by 2014 teenagers aged 12 to 17 will be the second biggest market for smartphones behind 18- to 24-year-olds.

Previous research shown that using a smartphone can damage people’s vision and cause headaches. Researchers at the University of California found that the problem is the demand on the eyes to focus on the screen and simultaneously adjust to the distance of the content.

Research suggests that when a phone or a tablet is held close to one’s face, it forces the eye to work harder than usual to focus on text. The discomfort can eventually result in fatigue.

Holding a smartphone further away (but still using it the same amount) won’t necessarily prevent myopia entirely. But holding the phone at least 40cm away from the face during use can be beneficial.

It also recommended to take breaks from using the phone. During those breaks, it is helpful to look into the distance, which relaxes the eye as it focuses on faraway detail instead of what is close.

Source: the American Academy of Optometry and dailymail.co.uk